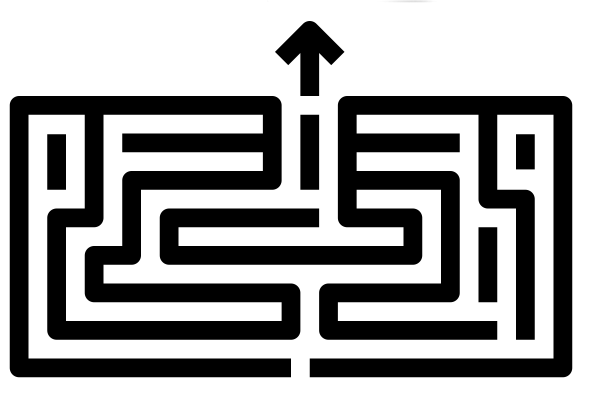 As some of you might know I’ve recently moved back to the US and after taking a break, I wanted to share some of my thoughts on the past 7 years of Open Data in India. These are just some of the big lessons I’ve learned and observations that I think are important.

Data needs advocates from every sector

Historically the biggest voices that government hears about data are corporations selling products or statisticians being gatekeepers. Now that data is a part of everybody’s life in ways that are unseen, data literacy is necessary for everyone and data needs advocates from every walk of life. What I experienced with DataMeet was that broad data ideas with inputs from experts from all sectors can be very powerful. When you advocate for the data itself and how it needs to be accessible for everyone you can give solutions and perspectives that statisticians and for profit companies can’t. Ideas that are new because they are in the best interest of the whole.  That’s why we are invited to the table because even though it doesn’t make political or economic sense (yet) to listen to us, it is a different perspective that is helpful to know.

This is why every sector, education, environment, journalists, all actors have to integrate a data advocacy component to their work.  Issues of collection, management, and access affect your work and when you go to talk to governments about the issues you want to improve, creating better data and making it easier to get should automatically be apart of it. The idea of “I got the data I need so I’m good” does not make the next time you need data, or being upset with the quality of data  being used to create policy, easier to deal with.

In 2011 when I started to work on water data, it became clear that there was no techie/data ecosystem for non profits to tap into for advice and talent. There were individuals but no larger culture of tech/data for public good. This hadn’t been the case in the US so when I was at India Water Portal I wanted to spend time to find it because it’s really important for success. I was basically told by several people that it wasn’t possible in India. That people don’t really volunteer or share in the way the west does. It will be difficult to achieve.

With open data growing quickly into an international fad with lots of funding from places like Open Gov Partnership and Omidyar, I knew open data projects were going to happen. But they would be in silos and they would largely not be successful. Creating a culture that asks and demands for data and then has the means to use it is not something that is created from funded projects. It comes from connecting people who have the  same issues and demonstrating the demand.

DataMeet’s largely been a successful community but not a great organization. This is my fault. A lot of my decisions were guided by those early issues. It was important to have a group of people demonstrating demand, need, and solutions who weren’t paid to be advocates but who were interested in the problem and found a safe space to try to work on it. That is how you change culture, that is why I meed people who say I believe in open data because of DataMeet. That would not have happened as much if we just did projects.

You can’t fundamentally improve governance by having access to data.

It is what we work toward as a movement but it just doesn’t really work that way- because bad governance is not caused by the lack of information or utilization of data. Accountability can’t happen without information or data; and good governance can’t happen without accountability. But all the work spent on getting the government to collect and better use data is often not useful. Mostly because of the lack of understanding of what is the root cause of the issue. I found that budget problems, under staffing, over stressed fire fighting, corruption, interest groups, and just plain apathy are more to blame then really the lack of information. This is something that civil society has to relearn all the time. Not to say data can’t help with these things, but if your plan is to give the government data and think it will solve a problem you are wasting time. Instead you should be using that data to create accountability structures that the government has to answer to. Or use that data to support already utilized accountability influences.

Funding that doesn’t include data collection, cleaning, processing costs is pointless. Data collection is expensive but necessary. In a context like India’s where it is clear that the government will not reach data collection levels that are necessary, you have to look at data collection as a required investment.  India’s large established civil society and social sector is one of its strongest assets and they collect tons of data but not consistently. A lot of projects I encountered were based on the western models of the data being there, even if not accessible, it is complete somewhere. NOPE. They count on the data existing and don’t bother to think about the problem of collection, clean up, processing, and distribution. You have to collect data and do it consistently it has to become integrated in your mission.

Data is a pretty good indicator of how big a gap exists between two people trying to communicate.

100% of every data related conversation goes like this “The data says this but I know from experience that…. ” Two people will have different values and communicating a value by saying “I think you should track xyz also, because its an important part of the story” can be a very productive way to work out differences. That is why open data methodology is so important. It also becomes a strong way for diverse interests to communicate and that is always a good thing.

Data is a common

In places that still don’t have the best infrastructure. Where institutions and official channels aren’t the most consistent. The best thing you can do is make information open and free. It will force issues out, create bigger incentives for solutions, and those solutions will be cheaper. Openness can be a substitute for money if there is an ecosystem to support the work.

You can collect lots of data but keeping it gets society no where.

A lot of people in India are wasting a lot of time doing the same thing over and over again. If I had 5 rupees for every person I spoke to who said they had already processed a shapefile that we just did, or had worked with some other dataset that is hard to clean up I could buy the Taj Mahal. Data issues in the country are decades old, but not sharing it causes stunting. Momentum is created from rapid information sharing and solutions; proprietary systems and data hoarding doesn’t. The common societal platforms that are making their way around India’s civil society and private company meeting rooms won’t do it either. You can’t design a locked in platform with every use in mind, its why generally non open portals have had such limited success. If you have solved a hard problem and make it open you save future generations from having to literally recreate the wheel you just made. How much more brainpower can you dedicate to the same problems? Let people be productive on new problems that haven’t been solved yet.

The data people in government are unsung heroes.

Whenever I met an actual worker at the NIC or BHUVAN or any of the data/tech departments they were very smart, very aware of the problems, and generally excited about the idea of DataMeet and that we could potentially help them solve a problem. It was not uncommon when being in a meeting with people from a government tech project for them to ask me to lobby another ministry to improve the data they have to process. While I wish I had that kind of influence it made me appreciate that the government is filled with people trying their best with the restrictions they have, but the government has “good bones” as they say and with better accountability could get to a better place.

I don’t think I covered everything but I’m very grateful for my time working on these issues in India. I feel like I was able to achieve something even though there is so much more to do. To meet all the people who are dedicated to solving hard problems with others and never giving up will inspire me for a long time.