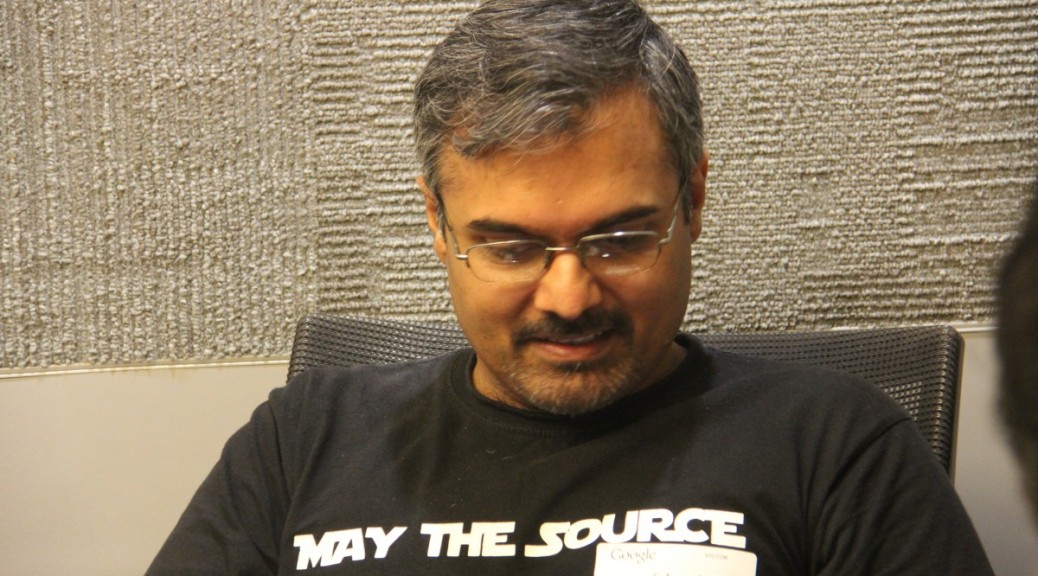 DataMeet was started on January 26th 2011 by a handful of data enthusiasts. One of them was Anand S, also a Trustee of DataMeet Trust, he is currently one of the founders of Gramener.

In 2011, Anand was working at Infosys in London.  He and a few friends, that he had gone to school with or worked with, were talking about starting a group where people can share tips for working with data. “The intent was always to work on data in India and to find others doing the same. Since there were many data groups in London I felt there should be one for India.”

The first few members were Thej, Naveen, Bala and Manu, they were all working with data in some capacity either professional or personal. Naveen had just started Gramener a data analytics firm, Bala and Manu had started Report Bee, on data analysis for education,  Thej was working at Janaagraha and Infosys on data projects. They all shared a passion for sharing and open data, and other open source technologies.

They called it DataMeet because “it was available” then invited people they knew to join the list and had Skype calls about sharing data science tips. You can see the minutes from the first meeting here: https://docs.google.com/document/pub?id=1LXm5OwQiS4xzbcqfTrF6rBzZ76aGrwvKFYD36RPYS2c And a video was taken of Anand S showing people an Excel tip.

Anand adds that he never expected it to reach beyond 100 and that the group is of great value to him because of all the data and ideas that are being shared. When asked what he thinks DataMeet will do in the future he hopes the group doesn’t change too much and that “everyone continues adding their own knowledge and working toward opening up and sharing data.” Anything else? Anand doesn’t want to speculate. “We’ll see!”