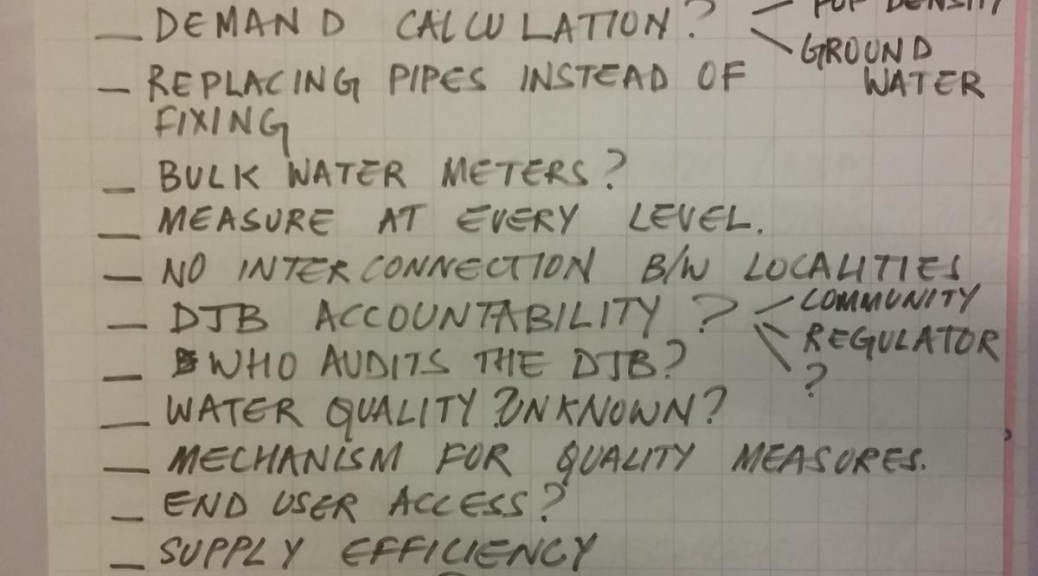 A DataMeet-Up was held on Thursday, April 30, 2015, at the Akvo office to discuss the Summer Action Plan prepared by the Delhi Jal Board (DJB) and the data concerns thereof. Sundeep Narwani of Delhi Dialogue Commission presented the Action Plan. Kapil Mishra, MLA and Vice-Chairman of DJB, participated in the discussions and described the planned activities at DJB.

Here are the minutes of the meeting, prepared by Sandeep Mertia.

Sundeep Narwani, started with a presentation on Delhi Jal Board’s Summer Action Plan (SAP) 2015. Some important point from his presentation were:

The details are available in the Summer Action Plan document.

This was followed by a long discussion session on several issues and concerns – related to water problems in Delhi. Some of the important questions, comments and suggestions were:

After a general discussion on various water related issues in Delhi, in the last segment we focused on framing the data problems associated with SAP 2015.

We are using a Google spreadsheet to list out all data sets that informed the Summer Action Plan.

We are using HackPad to collect various resources.

Images of notes takes by Namrata Mehta and Sumandro Chattapadhyay at the meeting: 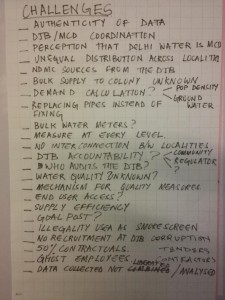 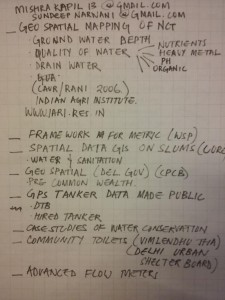 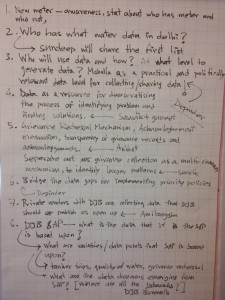 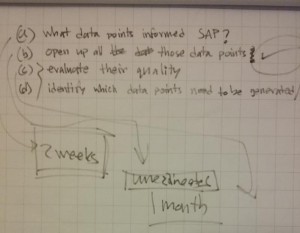 One thought on “Delhi Jal Board and Open Water Data: Report from DataMeet-Up”