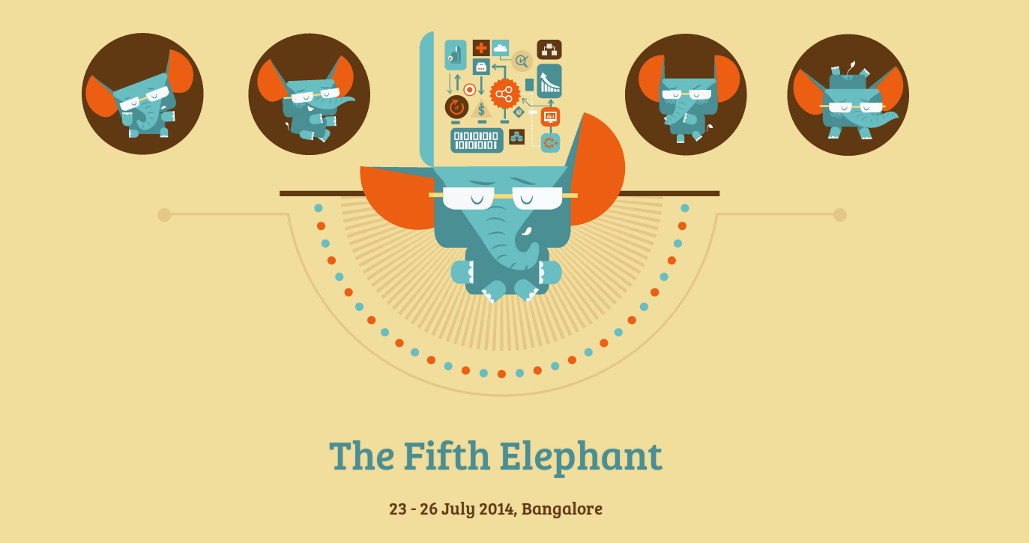 HasGeek has been a great contributor to DataMeet/ODC community. They are running Fifth Elephant for a while now. I have been to couple of them and they are great. Zainab Bawa the lead organizer of Fifth Elephant 2014, sent us a note about the event and why its a great event for our community.

Facebook has 100 million users in India. You know who has a billion?
The Indian Census.

Varsha Joshi, Director of the National Population Register, was present at The Fifth Elephant 2013 to explain on how the census team collects and processes such a vast amount of data.

Each year, The Fifth Elephant conference brings consumers and producers of technology to understand how data is processed (via available technologies), insights mined from datasets in different domains, and opportunities that data presents for economy and society. The key differentiator of The Fifth Elephant conference is that the content is crowdsourced and carefully curated by a panel of experts.

HasGeek, organizer of The Fifth Elephant, also shares a strong commitment to open access, open knowledge and open data. We ensure that every edition of The Fifth Elephant has representatives from the government –– either officials themselves or technology teams working on important data projects –– addressing citizens’ concerns around privacy and protection of data.
In 2012, we had Pramod Varma and Regunath B. speaking about the Aadhar project alongside Lucy Chambers’ presentation on the OKF’s work with data journalism, Nikhil Pahwa’s on RTI and Sumandro’s on NSSO data.

In 2013, Varsha Joshi talked to participants about the challenges that the census faces in collating data.
This year, we have invited Mr. Ram Sewak Sharma, secretary of Department of Electronics and Information Technology (DEITY), to talk about the state of government data and how citizens can participate in strengthening government’s efforts.

Why should datameet members attend The Fifth Elephant?
The Fifth Elephant is a relevant event for datameet members not just from the immediate standpoint of open data. This year’s edition also brings talks from finance and healthcare where speakers will talk about the challenges of working with complex financial datasets, data security and privacy concerns in the field of genomics, and related concerns. S. Anand will speak about what it took – in terms of technology infrastructure and data visualization – to do real-time visualizations for the recently concluded Indian elections. Participants will also get a flavour of frameworks – Lambda, Julia, OSM – and how these are used for building tools and platforms for mining data.

We welcome you to participate in the discussions and enrich interactions at the conference.

One thought on “The Fifth Elephant 2014 is here”