The Mumbai Data Meet kicked off the 7th session with two prominent speakers. The event was held on 30th May at the Sardar Patel Institute of Technology and was attended by more than 50+ people.

The first talk was by the team at Housing.com, which is an online real estate portal. The talk was shared between Paul Meinshausen, VP of Data Science, and Sourabh Rohilla, Data Scientist. The second talk was by Yogesh Upadhyaya of AskHowIndia.org. His talk was centered around the use of data and visual story telling techniques. You can listen to the entire talk here.

And you can read more about it by Sidharth Shah over here. He has summarised the entire talk.

The next Mumbai data meet 8 will be held on 17th July.

After success of the “Data Science Hackathon” that was co-hosted with Zone Startups and a BFSI company, we are now co-organising another hackathon along with a corporate and Zone Startups. Mumbai had it’s fourth data meet on December 6, 2014 with a total of 11 participants. Due to scheduling issues, the November meet-up was moved from last Saturday of the month to the first Saturday of December. This time the meet-up was held at Pykih’s office on 8th floor at Sardar Patel Institute Of Technology.

The speaker was Bhavin Dalal, Senior Technology Manager, from Hansa Cequity.
At Cequity, he plays multiple role not limiting to solution architect, consultant & project manager. While he has strong product framework knowledge , his expertise lies in data warehousing technologies.

1. Data Cleaning – he explained what is Data Quality and which factors determine the quality of data. He briefed through the common Data quality problems faced while cleaning the data. He showed us an example where they faced problems while cleaning car data and how they solved it. He also explained data cleaning methods which will helped us to understand the approaches towards data cleaning, the importance to do data cleaning and some do’s and don’t while capturing data. The next data meet will be held on last Saturday of December 2014. Please follow the Mumbai Meet-Up Group to know about the details. Mumbai saw its third data meet on 26th October, 2014 with a total of 14 participants, in-spite of it being a Diwali weekend. This time around we decided to try out a new place and the venue was a roof top place located at Chium Village, Khar West. A nice cozy place but a tad bit difficult to find for people who are not familiar with the area. This time also the crowd was titled heavily towards the tech side.

The speaker was Sanjay Bhangar, co-founder, CAMP, who is a web developer for the past 8 years, with extensive experience in online video and mapping technologies. who first,  gave a small introduction to the Data Meet, its founders Thejs and Nisha and how it now operates as a trust and that the idea is to encourage open data movement among data enthusiasts.

Listen to the recording here.
Sanjay spoke on two main topics:
1. Introduction to our video archival platforms – they have been running this for the last five years.  He explained how to gather metadata about all Indian films ever made, general video analysis tools ( timeline generation / cut detection), etc.

He explained the use of , https://pad.ma  and how it is an online tool for saving videos. 2.Mapping schools in Karnataka – explained how they have been collecting data on schools in Karnataka and are working with the Akshara Foundation who run a lot of programs on schools and they have a lot of child level data which allows you to track performance of children in schools across the state.  A suggestion was made if they could also map crime data highlighting  the recent crime against children in Bangalore schools.

3.He showed us an example of how he worked on a project of mapping historical data for the New York Public Library.

The next data meet will be held on 29th November, 2014. Pls follow the Mumbai Meet-Up Group to know about the details. 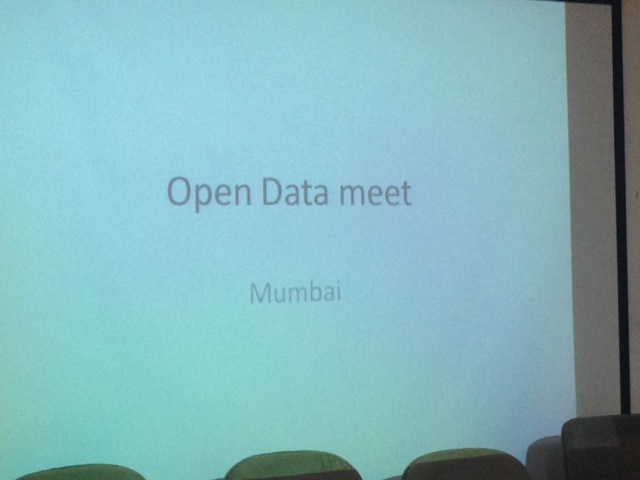 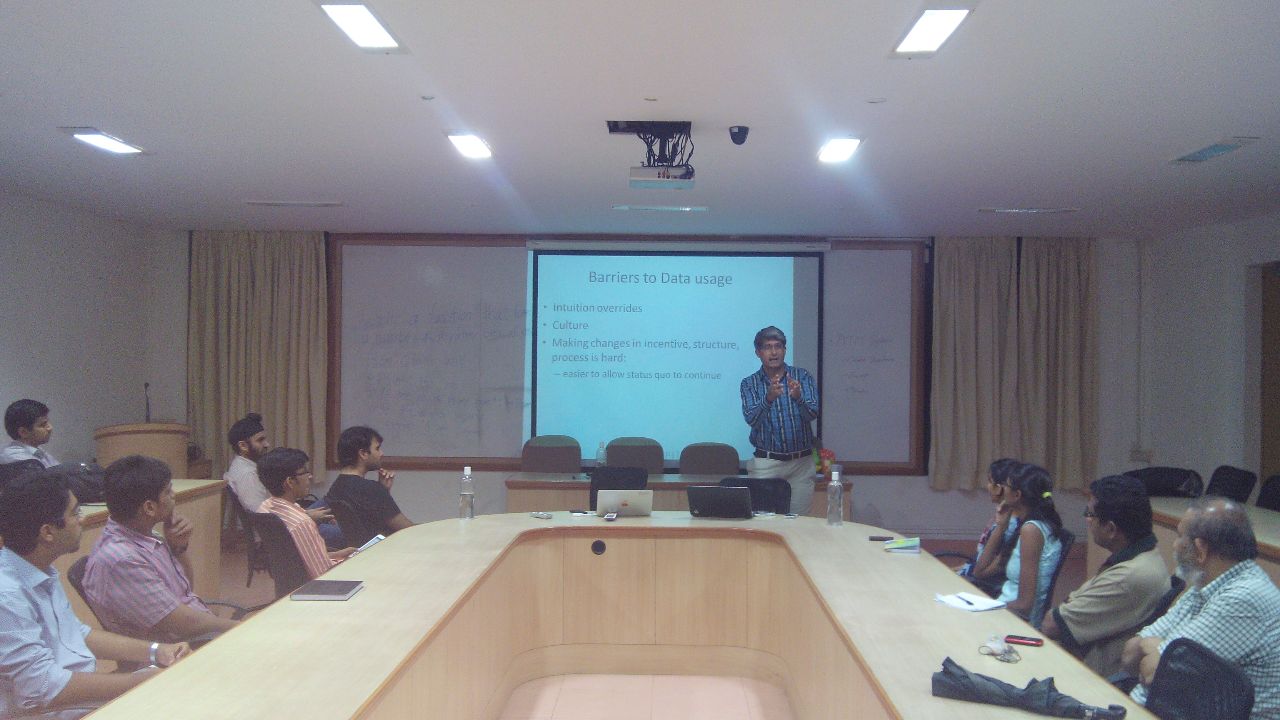 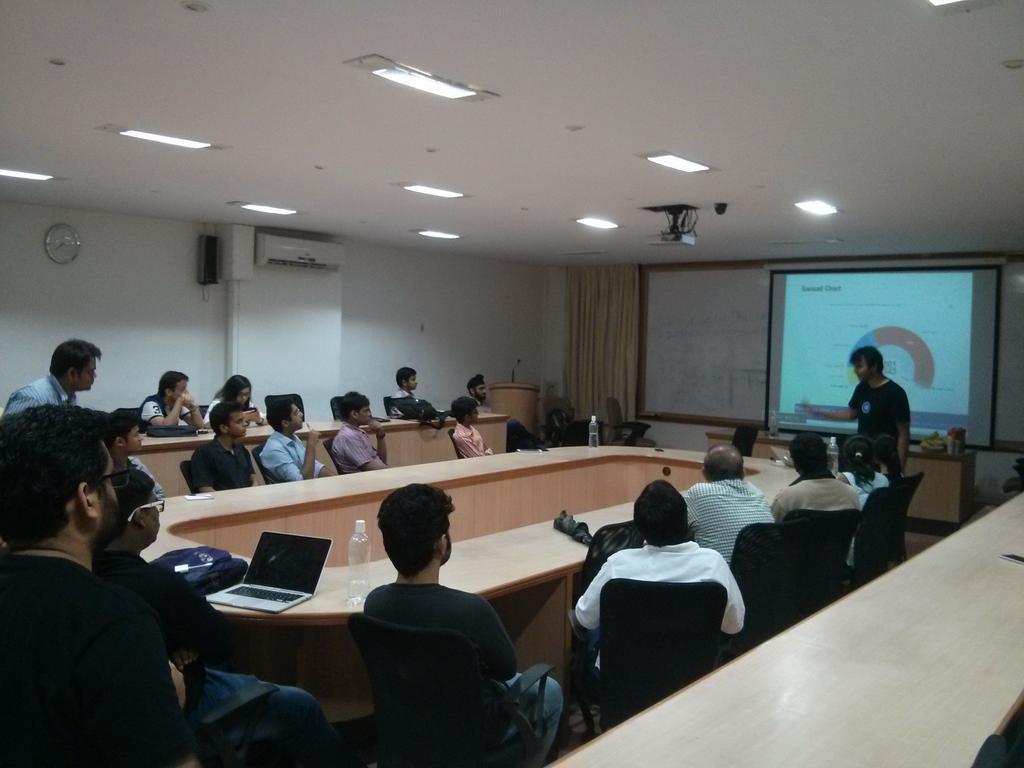 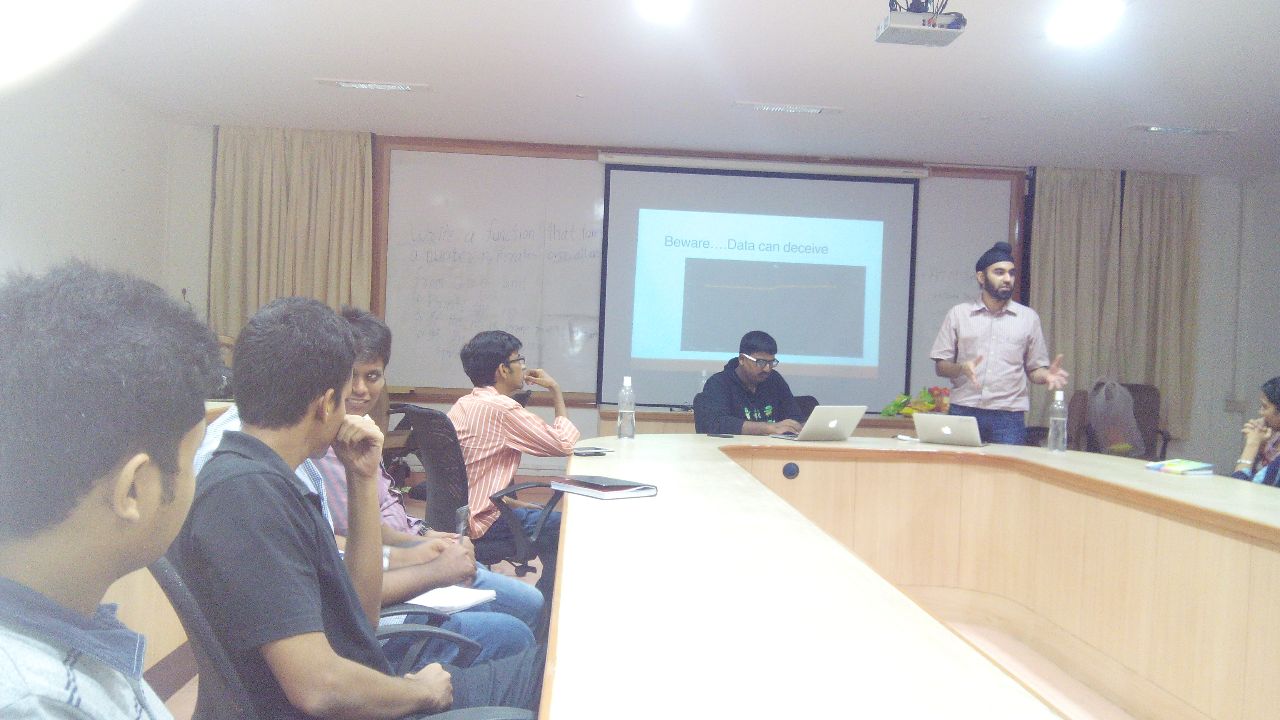 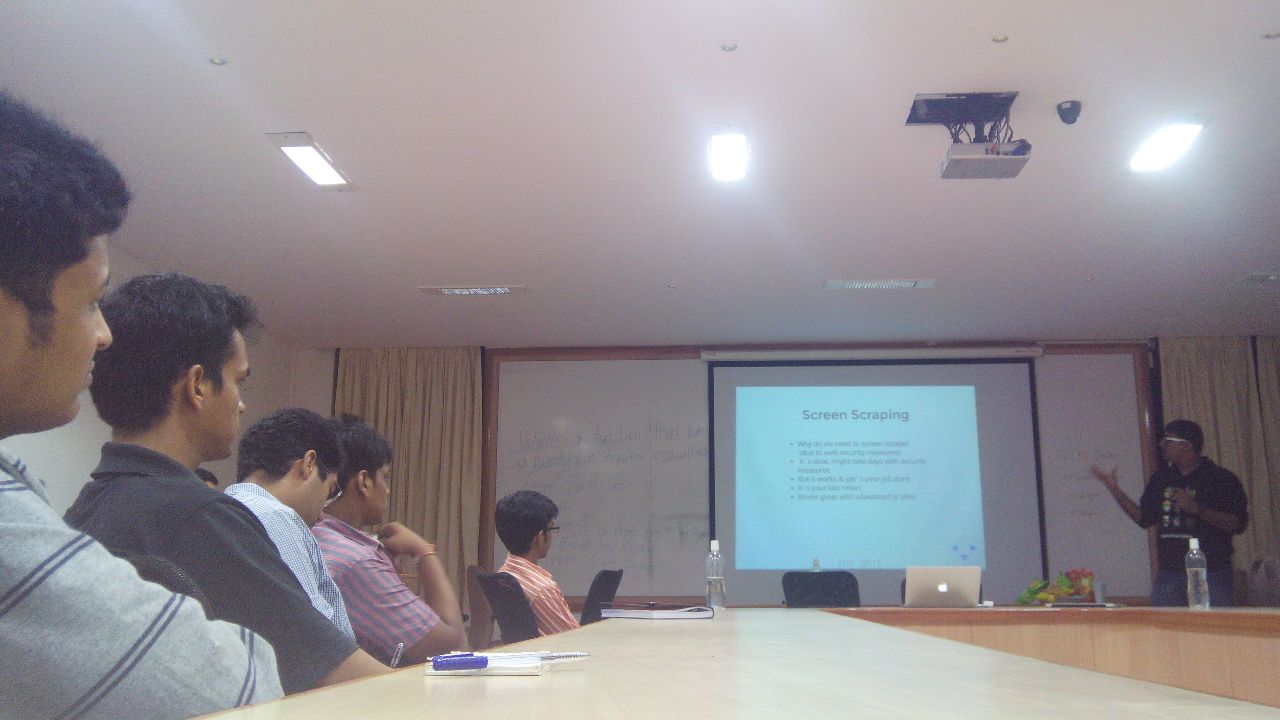 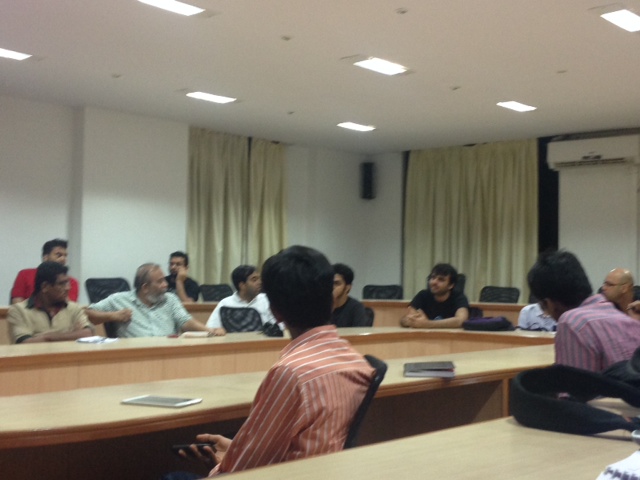 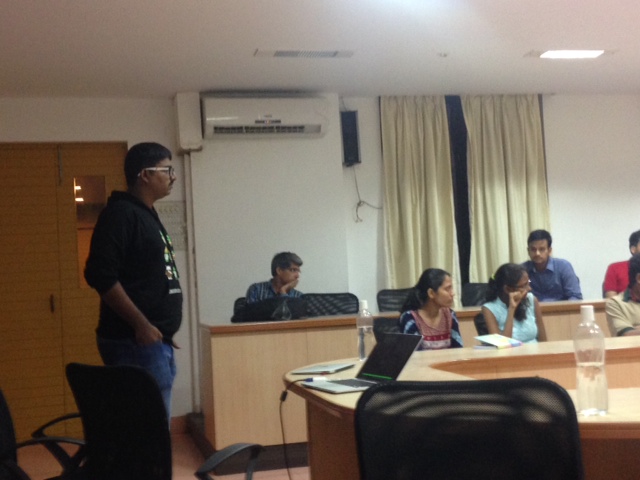 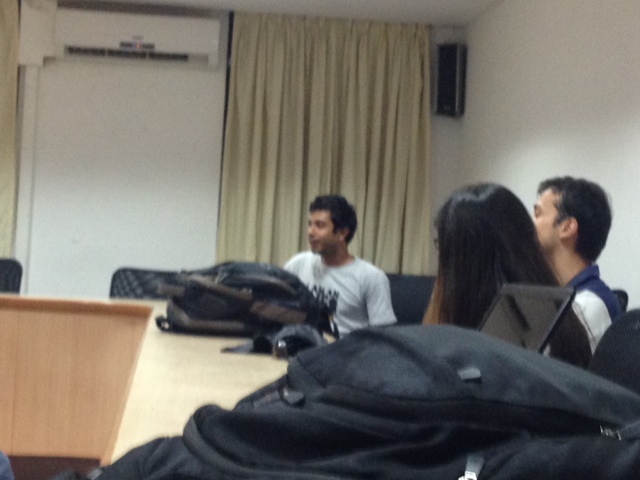